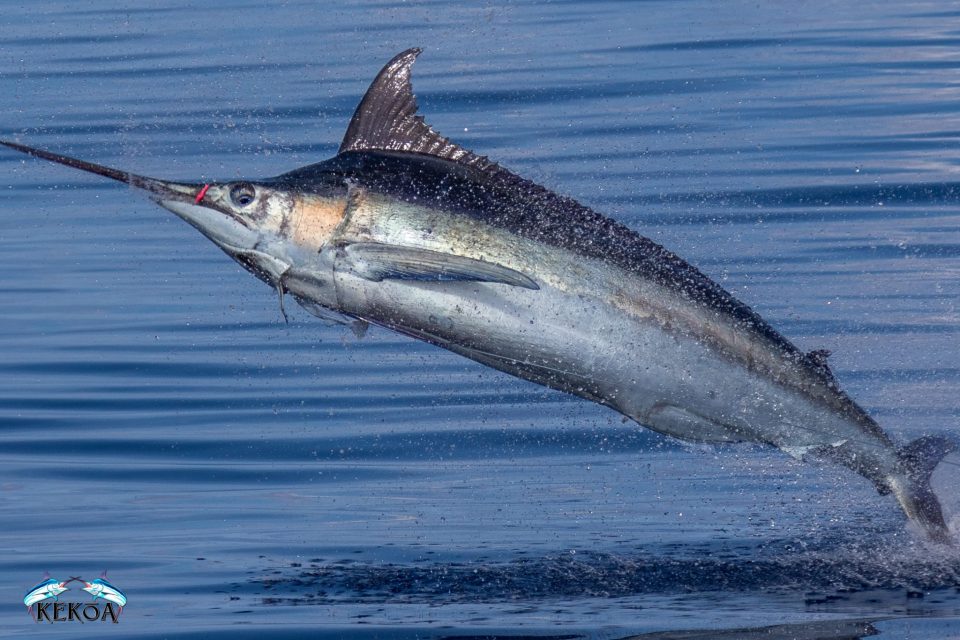 Capt. Luke took advantage of some rainy Cairns days this week to put some words together from our big 2017 Coral Sea Adventure and to help me put some video and photos together to go with. I hope you enjoy!

From Luke
—
Although the plan was 12months of advance work, taking the gamble to miss the last half of what was already a pretty good Cairns heavy tackle season for us and travel 650NM south to Fraser Island had me wondering if we were making the right decision.

But one thing that was on our side from the outset was the weather — an unseasonal run of glamour conditions made that 100 hour journey easy going — that was one load off my mind.

On our first trip (this recap video) we planned to venture to the outer reefs on the southern most part of the GBR ==>> Samarez, Fredrick and Wreck Reefs to be precise.

On day 1 leaving Fraser Island we caught and released a juvie black 10 minutes after we put the teasers in the water. By the end of that day and some 100 odd miles north we had caught a nice blue and 7 big yellowfin including a quadruple header.

The next 10 days was spent exploring and marlin fishing our way around and in between these remote reefs. The marlin fishing was steady and we caught either blues or stripes or both most day. Nothing too big but all good fun and we were always kept busy with good numbers of yellowfin!

The anchorages were spectacular, the water was gin clear. Fredrick was by far the best anchorage. We could get right in close to a long sand cay on the SE end of the reef and I am sure would be comfortable even in strong SE winds. Wreck Reef had only one decent anchorage and that was behind Porpoise Cay, once again in nice and tight amongst the bombies.

Wreck Rreef looked amazing and we couldn’t believe the marlin weren’t thicker there — but 2017 was a weird year so it might have been a glitch. There was so much deep bait, bird life and huge schools of big yellowfin, the biggest I have ever seen in Australian waters. We caught 2 small blues on the way into Wreck the day we arrived there and thought that was promising. The next day we went straight back to that area, going 2 from 3 on blues and catching a 150+ lb yellowfin in the first two hours, but despite persevering there for the rest of the day and most of the next we didn’t get anymore bites so we decided to make the long trek back to Fraser and fish the last couple days there.

On the second day fishing the edge we hooked the one we had been looking for, a nice black well over 1000lb, but as luck would have it after a 10 minute fight with some very spectacular jumps the hooks pulled and she was gone. We were very happy with our 14 marlin (from 19) for that trip but it was nothing compared to what was coming for the next couple weeks.