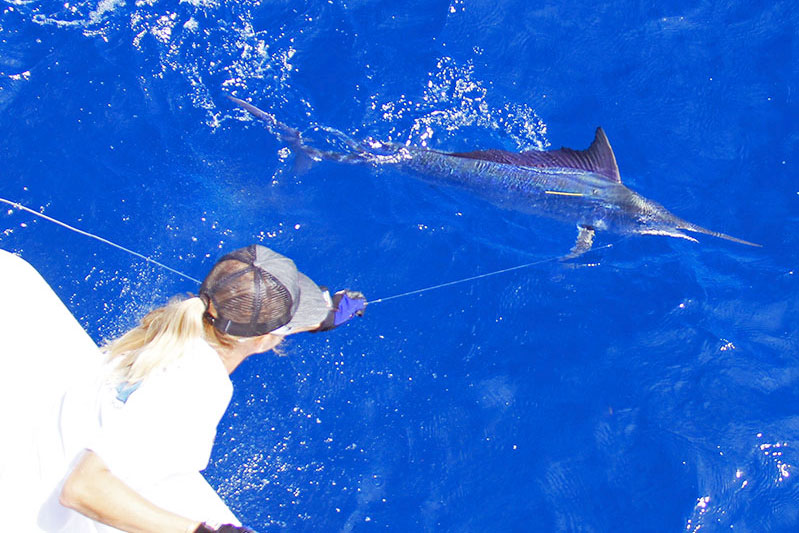 Capt. Luke’s wife Kelly is an integral part of our team here at KEKOA. She will take care of your entire experience from booking through to arrival on board, and more often than not, is our cook and photographer as well.

Kelly is also a 2nd generation in the Cairns giant black marlin fishing charter industry her father being well-known captain Jim Dalling. She was born and bred in north Queensland and grew up on the water with her parents Jim and Anne, and caught her first world record as an 8 year old fishing the annual Whitsunday Tournament (Anne is also a world record holding angler).

After graduating university, Kelly took some time away from fishing, living and working overseas in Japan (and so we enjoy plenty of Japanese style goodies on our menu on board!) She then returned to Australia and the reef in 2005, and has been working on board ever since. With so many seasons on the reef, she’s seen as much action as even the most seasoned deckies!

A latecomer to the estuary fishing side, she is now also a veteran of 8 Gulf barramundi seasons and is just as comfortable casting into mangroves as switching juvenile black marlin off the teaser. Her PB saltwater barramundi left (108cm – PB impoundment is 120!)

Kelly also serves on the committee of the Cairns Professional Game Fishing Association and was the driving force behind the very successful 50th Anniversary Cairns Black Marlin Tournament (celebrating the anniversary of the first 1000lb black marlin caught off Cairns) in 2016. 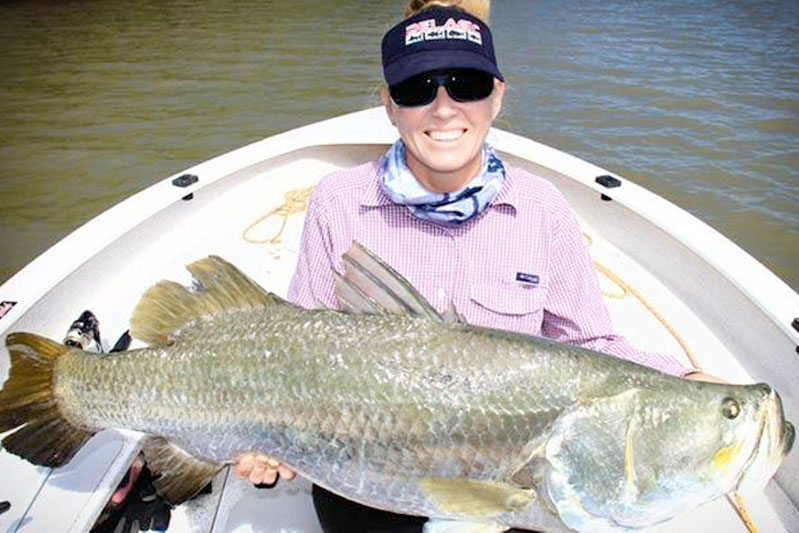 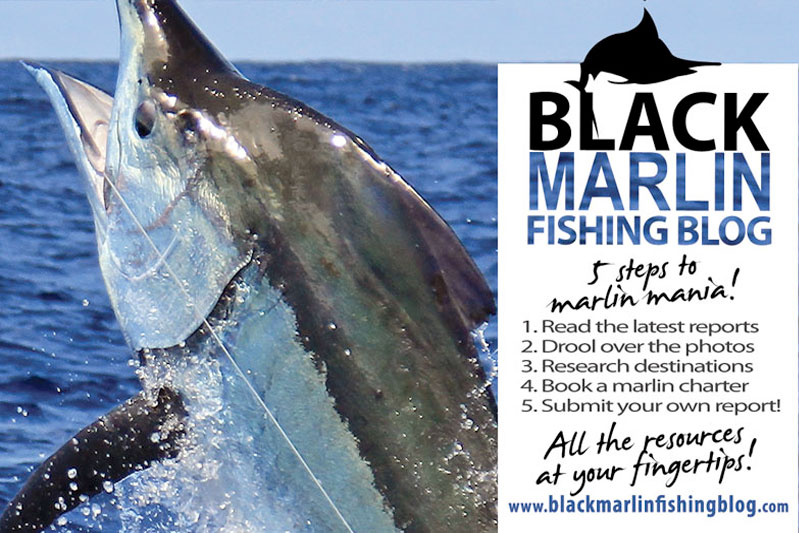 Kelly is also the author of the Black Marlin Blog which is one of the most widely read marlin and game fishing websites in the country.

Thousands of fishermen and women follow Kelly’s daily reports and photos during the annual Cairns giant black marlin season and throughout the rest of the year as the marlin reports come in from Townsville, the Gold Coast and Port Stephens to name a few.

In addition to seasonal reports, she also live blogs tournaments utilizing social media such as Facebook and Twitter to keep readers up-to-date with live scores anywhere in the world.

Take a look around on the pages of this website. Most of the photos here were taken by Kelly, and she is always lurking around to capture the perfect shot.