Thousands of anglers flock to travel to Cairns marlin fishing every year as it is recognised world-wide as THE number one place to catch a 1000lb black marlin and as such is a popular bucket list destination for grander blacks from late September to late November each year.

It is also a world class destination for light tackle black marlin fishing. These are usually the first year spawn of the giant black marlin we were catching (and releasing! Cairns is predominantly a release fishery!) the previous year during the big marlin season. The fish show up in the cooler months and peak in August and September.

And lastly a largely untapped blue marlin fishery. In the latter part of the giant black marlin season when the seas calm and as the water temperature rises, we have the opportunity to fish wide where the blue marlin play! 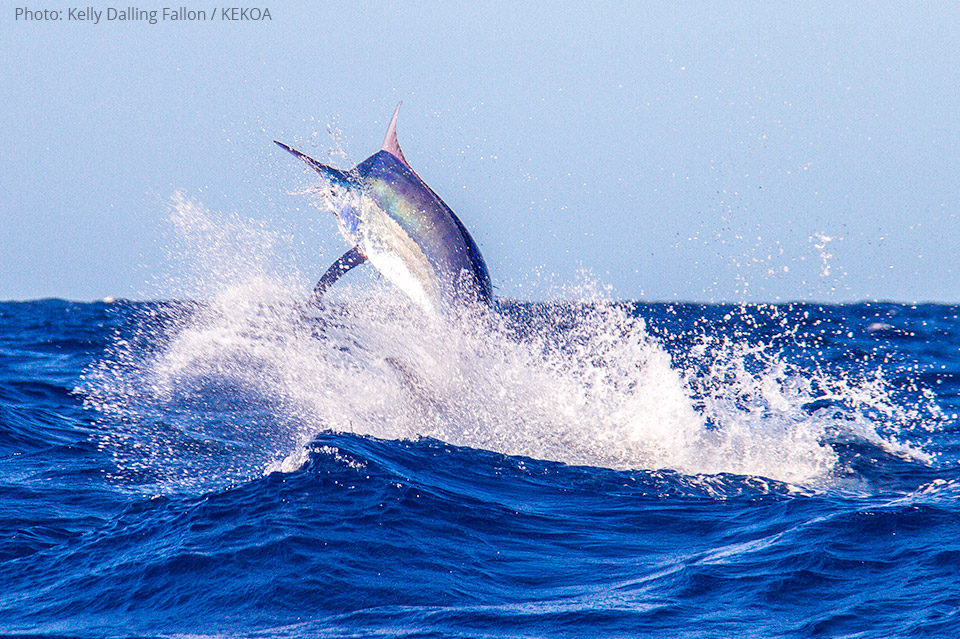 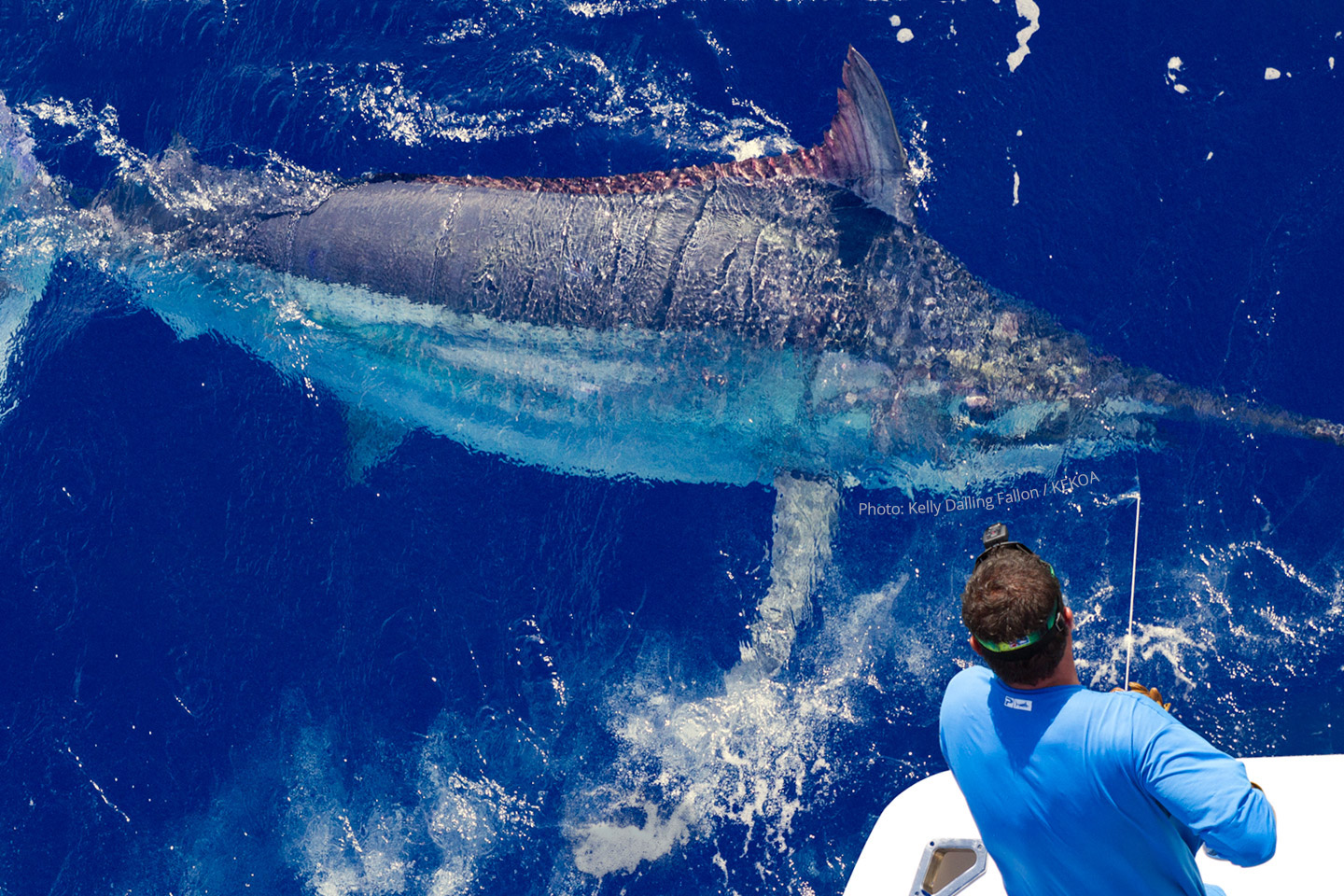 The females range from 700 to 1300lbs and with the abundance of smaller males from 250lbs at their side, giving anglers from all over the world an opportunity of a lifetime.

We are fishing the edge along a stretch of the Great Barrier Reef that runs 100+ miles between Cairns in the south to Lizard Island in the north called the “Ribbon Reefs”.

It is truly a very special part of the world and fishing in these beautiful locations, the scenery is an amazing bonus!

North Queensland also offers light tackle anglers some fantastic fishing particularly in the colder months from July to September in both Cairns and Townsville.

Due to KEKOA’s relocation to Hervey Bay/Fraser Island, we will not be fishing Townsville nor Cairns outside of the Giant Black Marlin Season late Sept-late Nov. Join us instead for the juvenile black marlin fishing at Fraser. Our best trip so far in 2019 was 39 black marlin releases in 2.5 days of fishing!

The fish, first year spawn of the previous year’s giant black marlin season, are drawn to the area by the huge schools of bait that inhabit the fishing grounds during the season. Early in the season these fish can be as tiny as 8-10 kg, but as voracious feeders they can grown up to and exceeding 20kg before they leave our waters to head south in the EAC (East Australian Current). 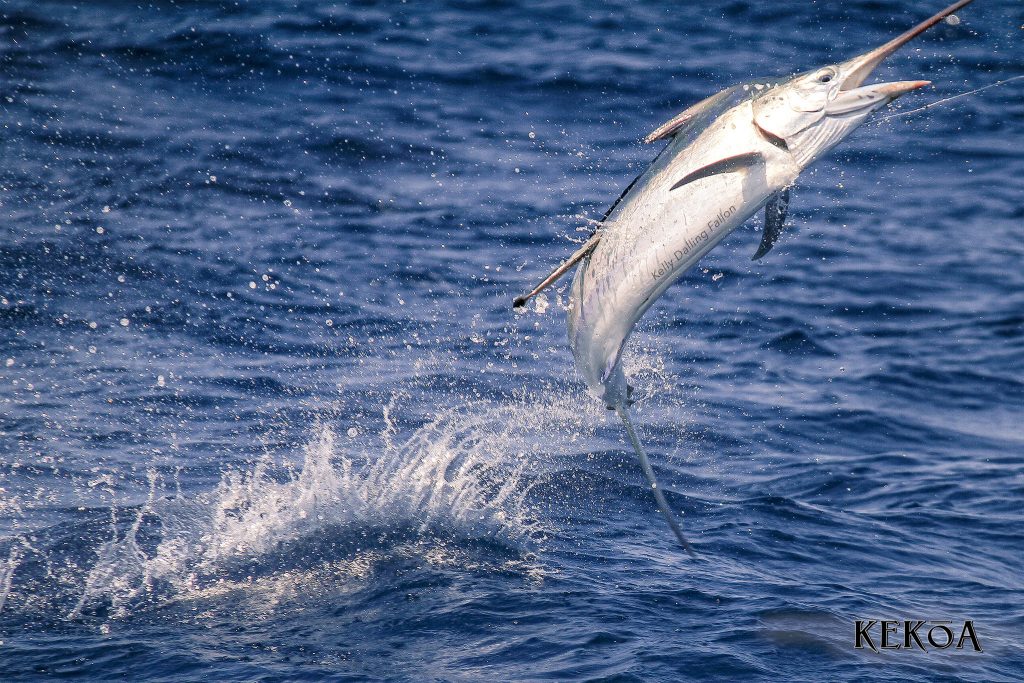 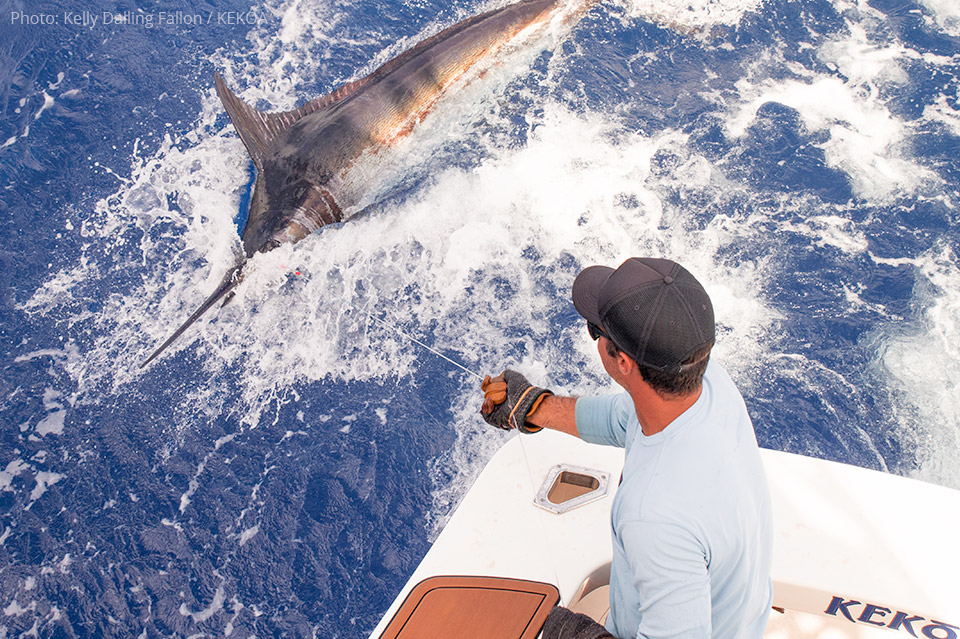 In recent years several notable blue marlin have been caught off Cairns, including a potential 130lb line class blue marlin record in 2017 just shy of the grander mark (which was pipped on January 1, 2018 by Australia’s first official grander blue marlin weighing 1089lbs caught in Exmouth).