A few days into our first official trip of the season and the boys are already sparring. Is it size, or quantity of fish that win? (yes there are teams – these guys fish regularly together and so its all friendly competition). Capt. Luke with Scotty and Brendan are leading in the quantity department (with Scotty’s team adding 22 barra on Tuesday mornings session alone!) but Team Brad with Glen and Barry are ahead on size. Brad stopped at one last drain on the way back to the boat for lunch (late return – automatic disqualification?) and they had 7 barra on 7 casts straight up!

Fishing on the Skardon River north of Marpoon the boys also had some good Mangrove Jack fishing up the river, casting for Golden Trevallies in the mouth, as well as some fishing off the beach for Queenies and giant Herring.

Today we are back in the Ducie after three days in the Skardon (in the internet wilderness) and with the pots going in staight in last night, its Mud Crab Lasagne for dinner. Yes, we’re doing it tough up here 🙂 (UPDATE: Just spoke to Capt. Luke on the radio – he says they’re are in the middle of a red hot bite right now.) 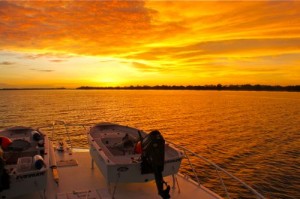 Arriving on the Skardon at sun up 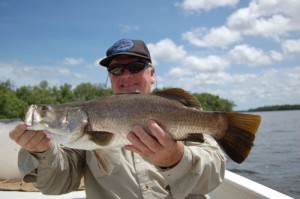 Scotty & one of his first barra on Day 1 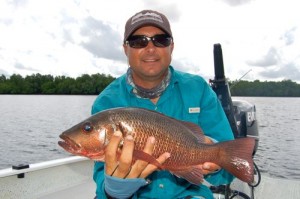 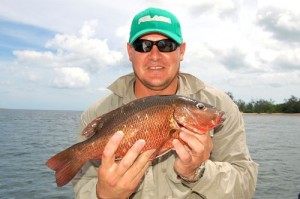 Brendan and another Jack 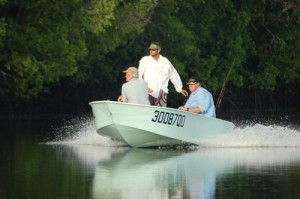 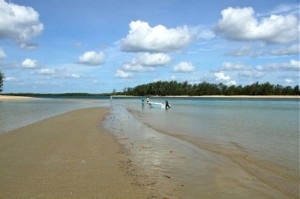 Casting off the beach 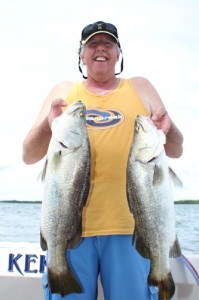 Glen and a couple of legal keepers 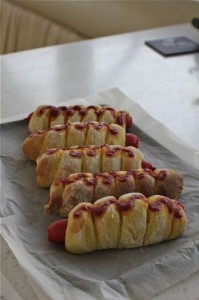