The boys have come and gone from an early morning fish on the flats of the Ducie and once again they’ve been straight into the fish with close to 50 in this morning’s session alone. Some nice fish amongst them – shots from Luke’s camera of Luke and Brad2’s fish below. On the other Brad1’s boat, Jack has the same camera so I’ll download some of his pictures tonight.

A fun start to the morning after arriving at daybreak and with all on deck ready and raring to go as we had to quickly pull anchor and take off upriver in chase of tender 1 which had decided to come unhitched, complete with lifting chains still attached and was making its way upstream with the incoming tide!! 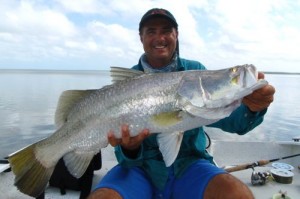 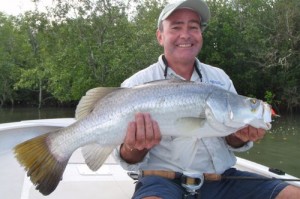 Brad2 has been collating points (size weighted), and fittingly, he’s already in the lead. It’s not as fun if you don’t count!