The boys went for a big trip UP the Archer yesterday about 40 mile inland and Lui did his trademark barra lunch cooked in a hole in the ground (with Moldan Salt of course!) The Archer is a very pretty river and once you get past the mangrove banks at the mouth, it turns into sandy banks to the water’s edge with gum trees lining the river bed.  After a couple of 50-60+ fish days, the numbers were down a little yesterday (taking time out for a leisurely lunch!) but a couple of metre plus barra’s more than made up for it.

Firstly Ross, fishing with Brad for the day, landed the biggest barra so far and his biggest ever on a lure at 108cms.  And on the last cast(s) of the day, Robbie and Lui managed to double hook a greedy guts barra and bringing it on board to go 103cms.  Congrats guys! 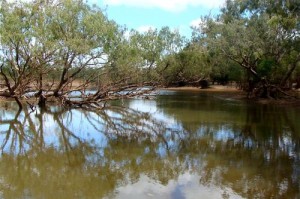 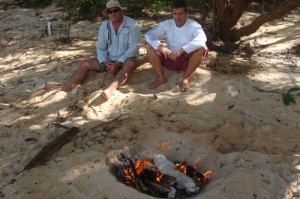 The barra in a hole lunch 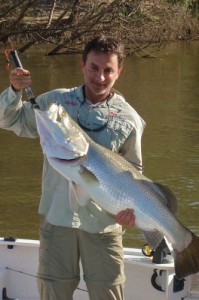 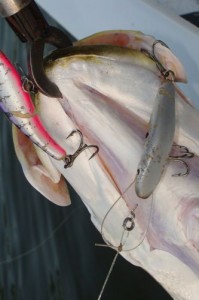 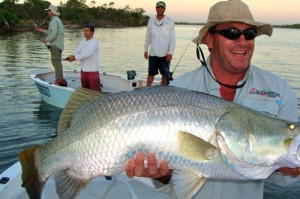 Robby with his and Lui's 103cm double 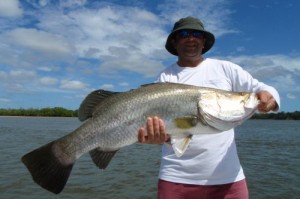 Joeseph and his 92cm from Wed