The boys are having celabatory drinks – as soon as I can get some sense out of them I will update. I know they caught 65 in total and the biggest was 105cm for Luke. (Updated below now 18/4). 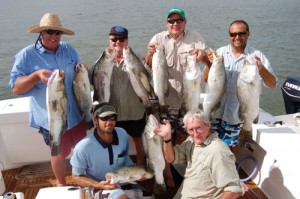 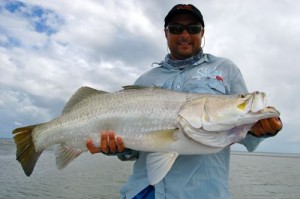 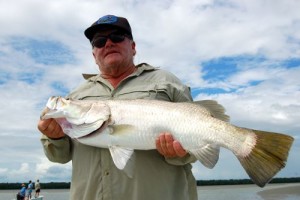 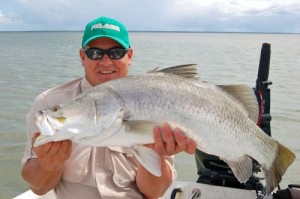 The report from Captain Luke: As the run in the tides got bigger, this made the drain fishing fire. Barras of all sizes including fish over a metre were popcorning like crazy. It was a sight that is not often seen but marveled. Big barras busting up on mullets, almost grounding themselves in the shallow water we were fishing. We ended the day with 65+ fish, ranging right up to the metre plus – our biggest thus far at 105cm as well as a 97cm and 88cm for Brendan.


The following day, the boys were keen to head back to the same spot, so after a lazy breakfast (eggs & chipolatas) the boys went back to stake out their spots on the drains to wait for the fish to show. And they did once again, following up with some more good fish including another 101cm.

Sunday, it was time to head back to the big smoke (Weipa) and knowing that Ben had been into some sailfish once again the boys were keen for some bluewater action. And action they got, unfortunately all of the mackerel variety as we were absolutely hammered by mackerel after mackerel launching themselves through the air at the lures. When that got too much (and it did!) we switched to teasers with a pitch rod and raised a small black marlin – but he was just a looker. Next time we’ll be prepared for the razor gang. 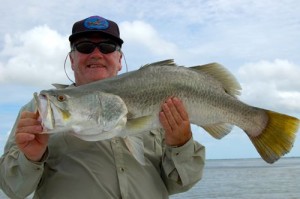 Scotty's keeping his average up 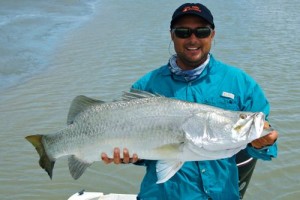 Luke keeps the metre plus coming 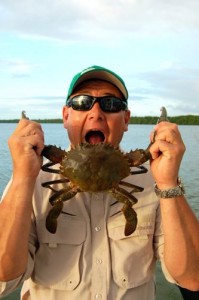 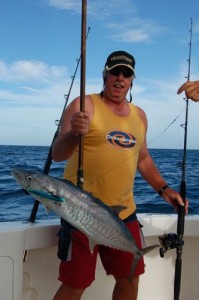 Glen and part of the razor gang