Ariving home late on Monday night after a long season Captain Luke and crewman Jarrod “Dingo” Boshammer got into some Marlin action of their own.

The bite is on and the guys went two from two after deciding to run the lures for a while before entering the seaway.

After a little persuasion from Kelly Dalling, KEKOA joined the fleet of boats on the water yesterday morning and a quick marlin fix was had before heading in and being docked by 10am. Two from two again and also raising some others. Not a bad mornings fishing!.

Many boats are enjoying the hot bite and even a tinnie was said to have caught 8 or 9 on Monday. 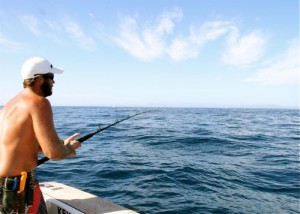 Dingo on the rod for a change. 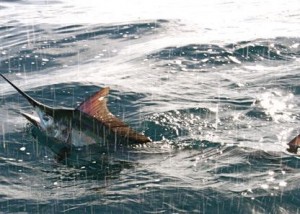