A big announcement this week with the dates for the 50th Anniversary Tournament – anniversary of the first 1000lb black marlin off Cairns. The tournament dates are 25-30th September 2016.

Kekoa will once again be fishing this prestigious event and will be celebrating our 10th anniversary as a team after the first Kekoa (the Kekoa 47) was launched in September 2006 just in time for the 40th anniversary tournament! 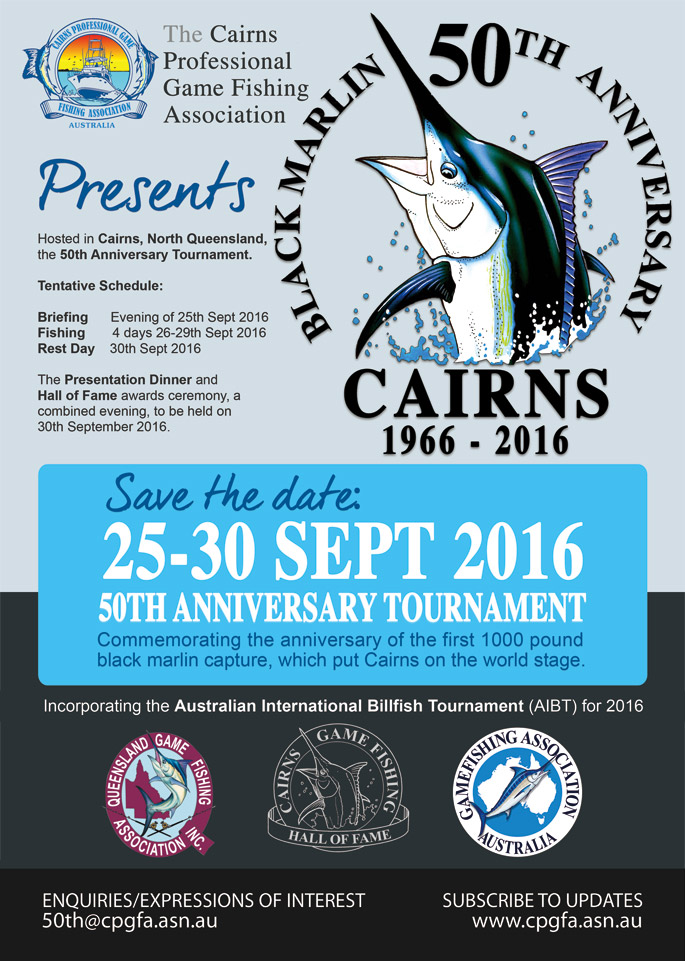