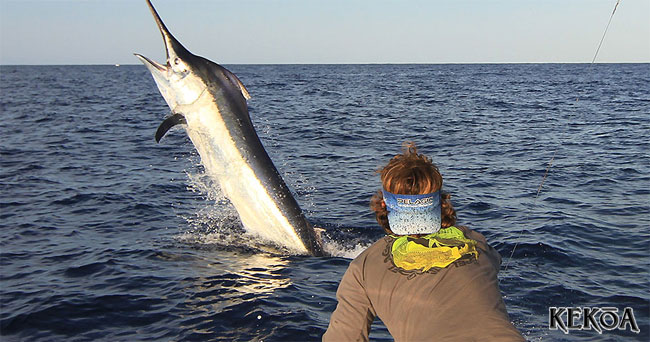 “The annual Cairns Giant Black Marlin Season wrapped up in December with the 2013 season a standout for many for the number of big fish that were encountered this year.

The season begins annually in late September when the waters off Cairns – along a 100 mile stretch of reef known as the Ribbon Reefs that runs parallel to the coast north to Lizard Island – start to warm coming off the Australian spring season and leading into summer. With crewmen Braden Byrne and Jack Graham once again joining Pelagic Pro Team Captain Luke Fallon on board KEKOA, we started our season on Cairns’ famous Linden Bank grounds which always produces good fish both early and late in the season, as they are attracted to the area by the sheer amount of bait – huge schools of skipjack and small yellowfin tuna – that hold over the underwater contours.”

Read the full report and see all the pics on the Waterman’s Journal.