Four Marlin Days–Twice in one trip! 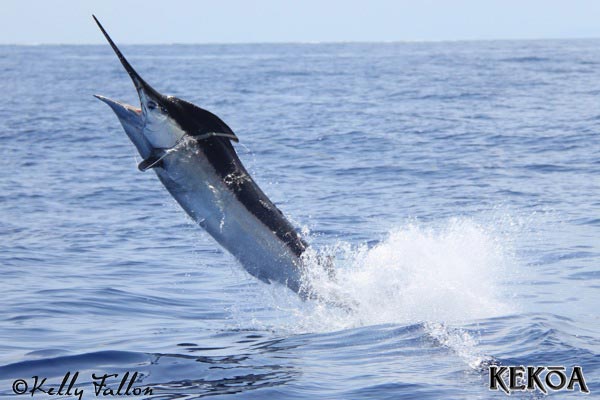 We had a great trip with Eric (Jaja, black cat…white cat depending on the fishing!), Jacques, Kevin and Eric from New Caledonia. It was Eric’s second trip with us (read the report from his last trip with us here) and Jacques has become a good friend from his frequent trips to the Gold Coast and our mutual love for all things Pelagic!  The laughter was endless with or without marlin action.  Fortunately the fishing did turn it on and we had two four fish days finishing with 10 black marlin released for the trip.  Friday’s action didn’t start until close to four o’clock but we were 4 from 8 crazy black marlin at cease fishing at 6 o’clock. On Saturday the action started out early and we were four from four by 2pm before the run back into Cooktown (and a win for the French in the Rugby World Cup semi the icing on the cake for the guys!)

The marlin action was all meticulously recorded with video from above and below water and I also sent the boys home with close to 250 of my marlin photos on a disc as well!  Here are just a few of those pics.

Good luck with your fishing adventures back home!  We had such a great time with you all and hope you’ll come back again!

Joining us this week we have Alex,  Brian and John from West Australia, they are used to the Fremantle Doctor winds and…