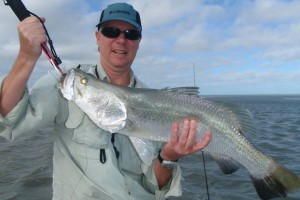 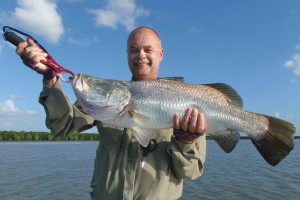 We are back on the Ducie River this week and aren’t we glad to be on our calm water anchorage about now. The wind has been blowing steadily in the strong to scary category but mostly from the south-east so here on the river we can hardly feel a thing. Of course, it did play havoc for the boys casting on the drains on Day 1, which overall was a tough day, but they made up for it yesterday with a venture up river, and close to 150 fish between the two boats, mostly in the smaller variety but a few good legals in for good measure – the best so far at 79cm.

Day 3 was another good day of smaller fish on the drains while Day 4 produced some of the best fishing all week. After a solid day, the boys found an afternoon bite of epic proportions. In just over an hours fishing they released over 60 fish to 76cms on the surface lures. There were plenty of hat tricks but despite trying (multiple times) they couldn’t crack the four in four casts thresh hold. 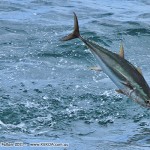 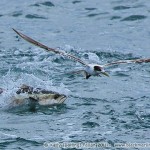 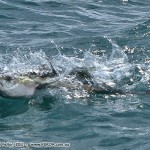 On Day 5, after a quick and successful morning fish on the flats we headed out to sportfish our way back to Weipa. And the boys enjoyed throwing slugs and poppers at the massive schools of tuna on Sunday with some multiple including a couple of quadruple hookups. A bit of chaos in the cockpit until the boys came to the realization that hook-less poppers were even more fun. Watching the tuna pile onto the popper again and again on the same retrieve – awesome stuff!